The Defense Base Act – Scheduled and Unschedule Injuries 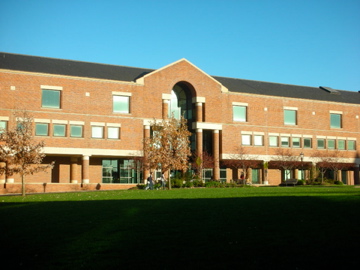 The Defense Base Act (“DBA”) provides workers’ comp benefits to civilian employees and private military contractors injured while working outside the U.S. on bases or working for a company under a U.S. Government contract for national defense or for public works. The majority of claims today result from injuries sustained while working overseas in Afghanistan or Iraq.

All other injuries are considered to be unscheduled injuries under the DBA, for example herniated disks, brain injuries, PTSD, hip injuries, shoulder injuries, etc.

The formula to determine the number of weeks of benefits available is determined by your doctor, by way of his impairment rating based on the AMA Guides. Here is an example:

James, an employee of DynCorp, sustains an ACL tear of his left knee after falling off a HESCO barrier in Afghanistan. After ACL reconstruction surgery and physical therapy, your orthopaedic surgeon rates your injury at 25% of your lower extremity (leg) based on the AMA Guides. As noted above, the total amount of weeks available to you is 288 weeks.

Unscheduled injuries (such as herniated cervical disk, a rotator cuff tear or a brain injury) results in monetary compensation measured by the difference between an employee’s pre-injury wages and wages an employee is deemed capable of making following an injury after an employee reaches maximum medical improvement (meaning, when an employee’s injury stabilizes). It is also best explained by way of an example.

Stan, a private military contractor with Xe, sustains a herniated disk to his neck when his head hits the roof of an armored SUV when it hits a pothole while on a rocky road in Afghanistan. Stan earned $4,500 per week from Xe for the year before he was injured. Stan undergoes surgery back home and completes his physical therapy. Because of his injury, Stan cannot return to the work he did in Afghanistan. Stan obtains a job with a local GMC dealership selling trucks. He earns $1,000 per week, leaving a difference of what he earns at the dealership and Xe of $3,500. The maximum the DBA insurer has to pay is $1,256 per week. The $3,500 difference is more than the $1,256 maximum compensation rate, therefore, Stan would receive the maximum compensation rate even though he earns $1,000 at the dealership.