What Makes a Law Firm Fail? 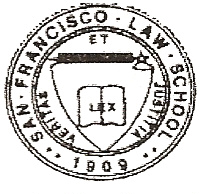 Joseph Schumpeter was Professor of Economics at Harvard from 1932 to 1949.

He coined the phrase “gales of creative destruction” arguing that innovation and de-regulation were examples of such “gales” that led to old ideas, technologies and skills to become obsolete in any given economic area such as the delivery of legal services, to name but one example.

Right here, right now, there are too many lawyers doing too little work and the definition of any failing business is to run out of cash!

Innovation has made things easier for law firms, but it’s also made it easier for other businesses to compete with law firms.

Why would they want to do that? Simply because there is a lot of money still to be made in the delivery of legal services; but how much longer will it last?

Australia was the first country to effectively de-regulate the legal industry and allow non-lawyers to join in with law firms to create a competitive advantage. Then they allowed law firm to list on the stock market.

Regulation had simply protected the legal industry, caused it to grow fat and reduced the overall fitness of legal firms to deliver a decent service to their customer base.

Now in the UK they have the Legal Services Act which means that their legal industry has effectively been de-regulated and this will allow Alternative Business Structures (ABS) to compete for business and deliver legal services. Businesses that are good at keeping in touch with their customers are now entering an industry that has been historically poor at treating customers well and some early entrants have gone from zero to AÃ¯Â¿Â½20m in business in a very short time.

So what makes a law firm fail is simply ignoring their customers, failing to deliver what they want at a price they want to pay. Not rocket science to fix you might think.

But the reality is that the slow movers are being eliminated and replaced by firms with a higher level of business fitness and this progress and improvement in standards has raised the bar for everyone at the bar!

One way to fix this quickly has been to merge with other firms who are perceived to have the skills that the other firm lacks. But when you merge two businesses together that don’t really understand customer care, you simply end up with a bigger failure, the evacuation of talent and lots of customers wondering what’s going on.